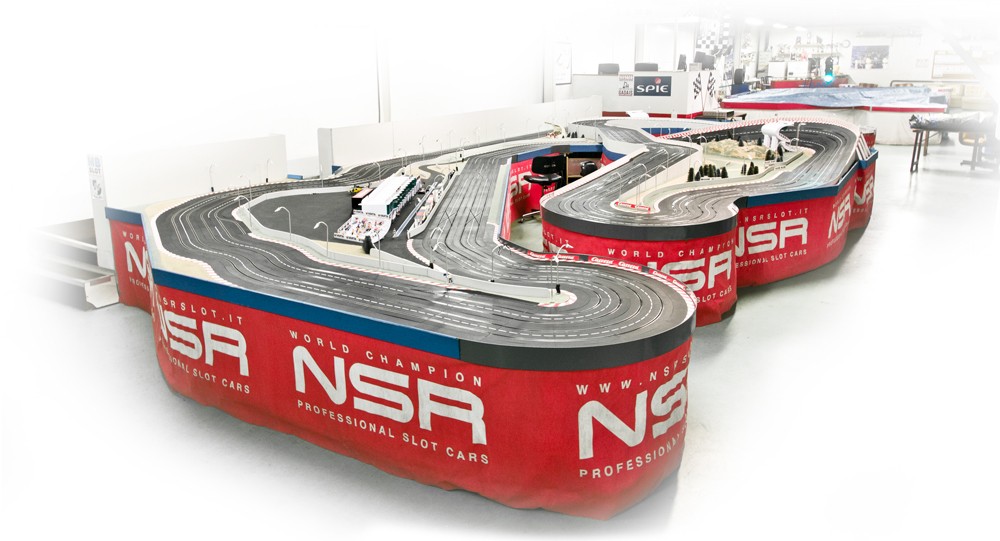 The track is a 75 foot (22.86 meters) 3 lane routed wood track with a shiny painted surface which Larry calls “The Boss”! There was no glue present and the cars all handled predictable.  Much more fun than running of the first track, which had just been spray glued by the management! (Arrrrggg) That more than anything probably led to my little Maserati 250f receiving a DNF last race. I let all three drivers practice with all the cars and for the first time they really flew once they learned the art of power sliding around the corners.  All the cars did this with the two big bodied sports cars additionally utlizing the rear fenders along the outside walls to really speed through the corners.

The cars prior to the race in no particular order. We ultimately ran 3 races of 3 two-minute heats, rotating the cars from red lane across to blue lane.  Each car ran a total of 6 minutes. Doesn’t seem like much, but I felt this was the best way to contain and reduce damage.

1st race was with the bottom three cars from previous race: Maserati, Triumph and the Cannaught.
2nd race came the Scarab, BRM and Mercedes.
Lastly we ran the two sports cars thinking that being the fastest in the last race they won’t hurt one another or anyone else.
Wish I had had a video camera to film some of the drifting in the corners during the second race. Because it was so vintage looking and soooooo cool! In fact, the drivers had so much fun they suggested we do it again!

Results were a big surprise to me. No computer to figure it out… we used an individual lane counter and timer on the power to start and stop the track. Then wrote down the results on a chart.  I didn’t add up the totals till I got home an hour later.  Even the drivers have no idea who won yet.  But I can tell you by laps that Paul had this track DOWN!

As you can see it was pretty close and quite a few cars changed places in the order compared to the previous race.  I figure it was the benefit of lower gear ratio or the determent of a lack of brakes that swapped things up so nicely.
While the Sports cars of Rodney and Rick handled wonderfully on this track as well as the other, the lack of brakes really hurt the top speed, as they seemed much more at home on the faster track.
As Larry says: “The track is a rhythm track”.  Once you get the rhythm down, the driver can start pushing the car to its limits.

We had Paul on blue, Hugh on white and Bob on red.  Unfortunately the red lane has two tight inside corners and all the problems happened there.  Happily most were simply spinouts requiring only a quick push to the tail of the car to straighten out because the guide usually remains in the slot.   But… you do this too many times and it’ll cost the car valuable seconds.  With an average 6-second laps being run by these little vintage beasts.
That really hurt Nicolas’ Cannaught with it’s more narrow tires as she slid out on the lower inside turn on red nearly every other lap. (b 14, w 9, r

Jaak’s Triumph loved this track and his car averaged 12.3 laps each heat!  Very well handling and perfectly geared to run here. Same with the Scarab as one can clearly see it was second overall.  That little car almost never deslotted and drifted beautifully and predictably through the corners.  Nice car Don and congratulations.

The big winner was Bruce and his Mercedes!  That car never deslotted or wiped out.  Didn’t hit anyone and I watched it pass everything in the second race over and over!  A silver arrow if there ever was one! Congratulations Bruce!!!
Only thing was… that car wouldn’t go around the corners in practice.  The Cox guide you put on had a bulb molded to the fin and it jammed in the corners. Rather than give the car a DNF before we started, I allowed Larry to LIGHTLY trim the leading edge of the bulb and he must have done it right. The BRM and the Cannaught, while very fast on the big track seemed over-geared here.  Plus the guides were Classic or Dynamic and the fin ran too deep. You could hear it hitting the bottom of the slot as the car passed down the track.  Didn’t stop the cars and I doubt it hurt too much.  But it was causing drag.
Before we run the next round I’ll check Pelican Park Raceway’s guide depth and make adjustments if needed. 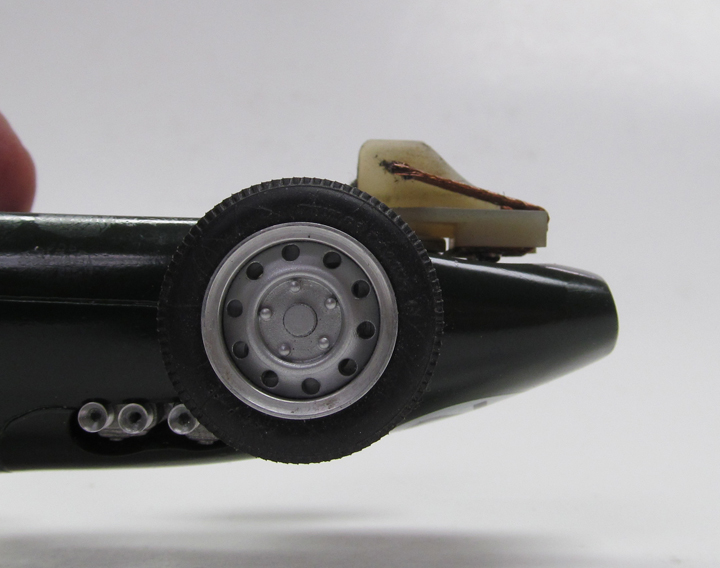 This race had one tragedy. Yes, Rick’s sports car got sideways and Rodney plowed into him. Cost Rick a couple laps that heat plus lightning the nose a bit. (I can epoxy the nose back together or we can let her run as is Rick. Up to you.)

I guess that’s it.  Next race will be in about 2 weeks while I contact Todd at Pelican Park and line up a date.  Hopefully Rick Thigpen will be there to help marshall. 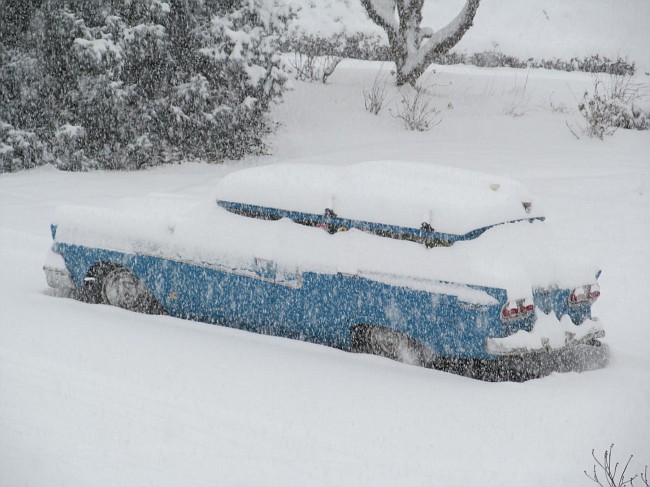 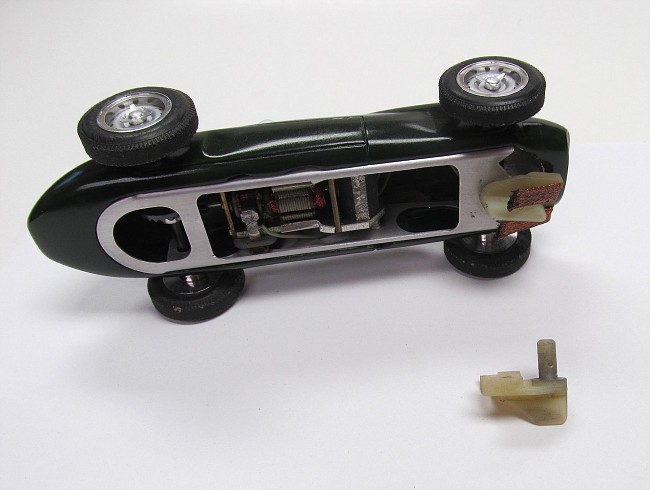 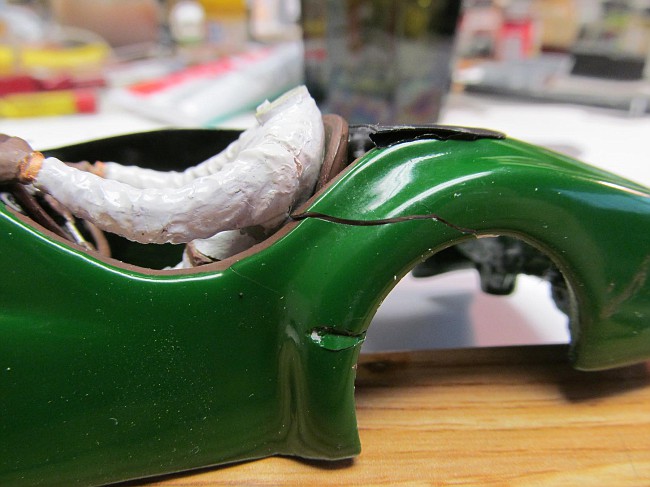 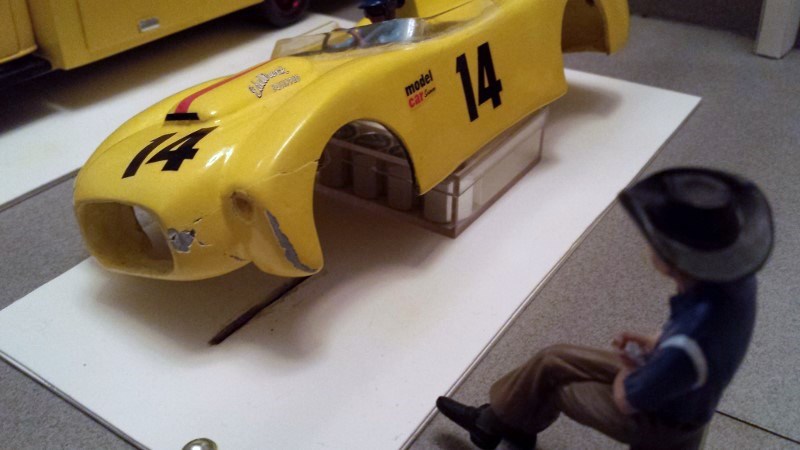 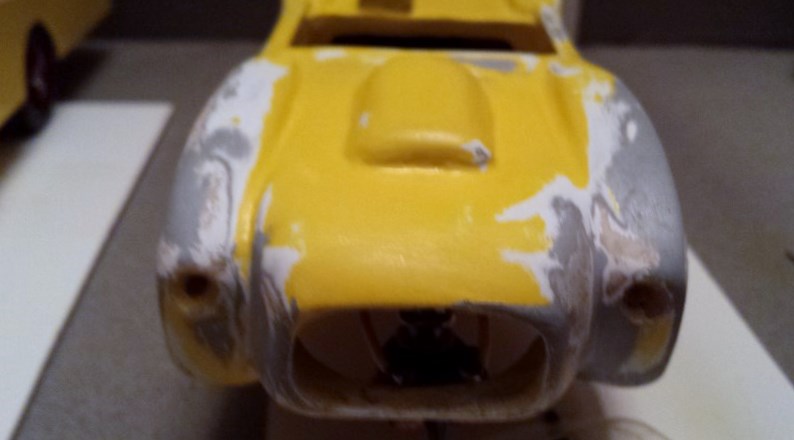 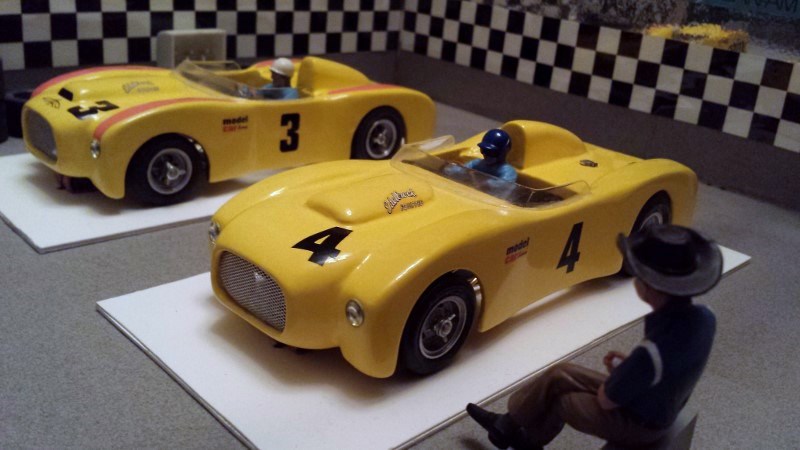